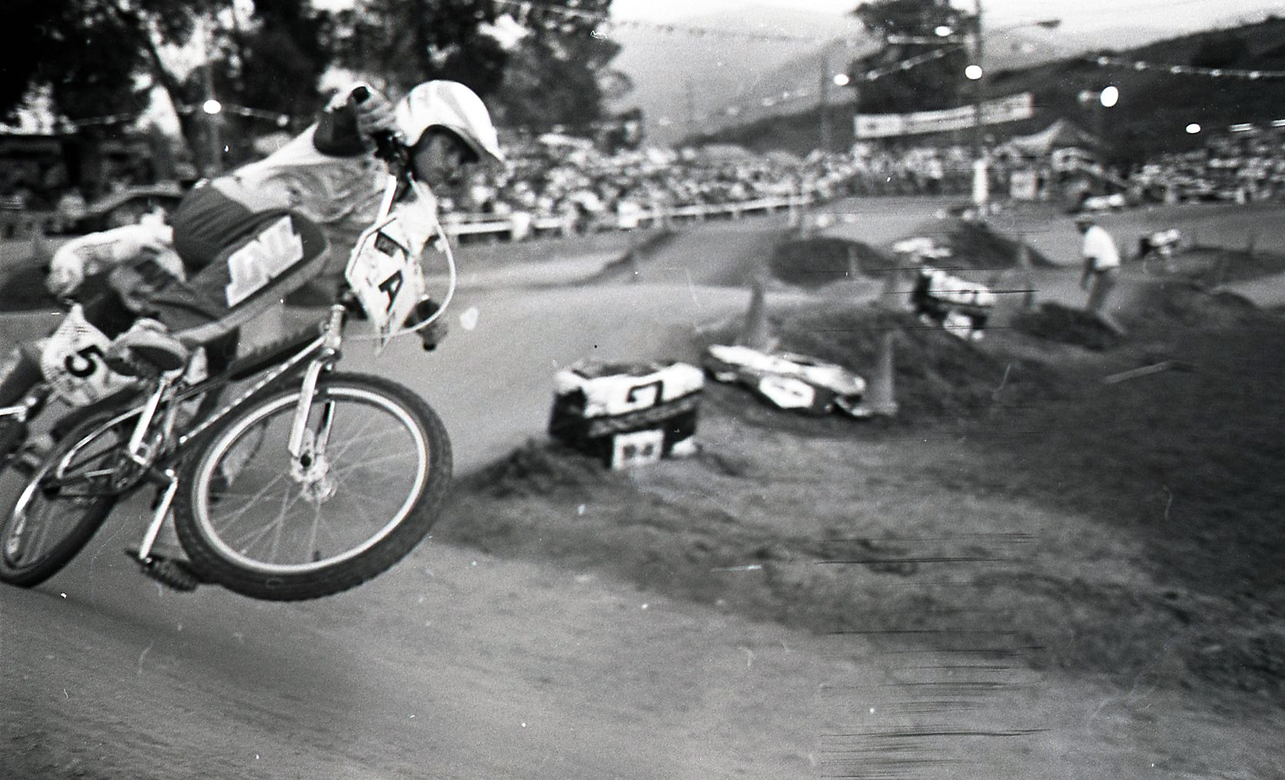 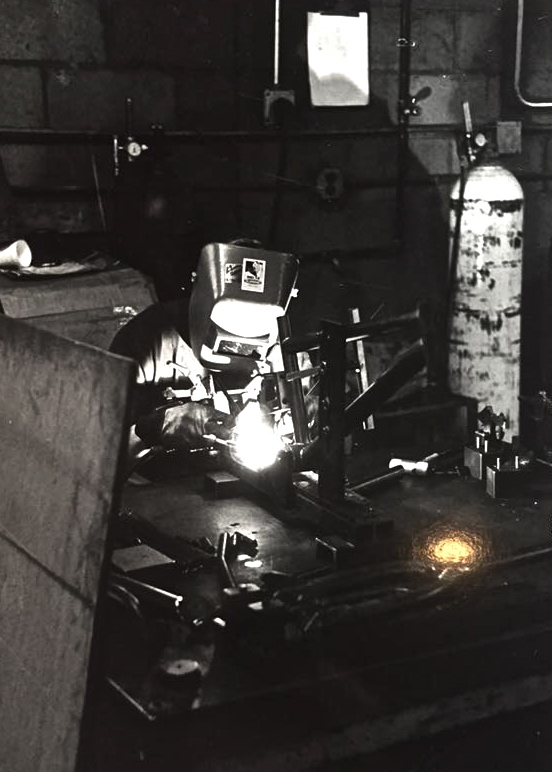 TNT Bicycles was originally started by Les Zalewski, who owned a
machine shop in Linden, NJ. Basically the story goes that TNT’s current
owner Mark Zalewski (Les’s son) was introduced to BMX by a childhood
friend at the age of 10, and was immediately hooked. Just like most 10
year olds, his parents bought Mark his first BMX bike. The bike was made
from mild steel, and extremely heavy. Over the years Mark was pretty
much breaking every part or frame that he rode. Therefore it only seemed
natural to try and make some better components. First came the shafted
stem, followed by seat clamps, and hubsets. As more people took notice
of the products, interest grew, and in 1985 TNT Bicycles was born within
the walls of Well Bilt Industries, the family machine shop.
At this point Mark and his younger brother Michael were both racing, and
pretty much testing all the components. Eventually the decision was
made to expand the product line and make BMX framesets in order to
help promote the brand. Not really knowing much about frame making,
they reached out to Speed Unlimited in Wayne, NJ who happened to be
manufacturing frames for some other well known companies. It seemed
like the perfect fit, until things went south, and Speed Unlimited shut
their doors. TNT was now sitting on a prototype frame, and nowhere to
get them made. After bouncing back and forth between a few
manufacturers, a little well known company out of Huntington Beach, CA
was interested, and willing to help. The business relationship was moving
along nicely, and TNT framesets were a huge success due to their unique
design, and durability. After a few years of having their framesets made
in California, the business relationship ended, and again we had no frame
manufacturer. At this point Mark flew out to California to get a crash
course in frame making from one of the industries finest. He then took
that knowledge back to Linden, NJ, and TNT Bicycles started to
manufacture their own framesets in house. This allowed them to
experiment with new designs and concepts. Over the years they perfected
the manufacturing process, and build a strong race team to help promote
the brand. With a strong presence in the United States, Australia,
England, Japan, and Spain. TNT Bicycles was now promoting their brand
worldwide.
Just around 2000 the industry started to change in a direction that forced
several smaller / mid size companies like TNT to close their doors. After
several years of sitting idle, and some family health issues, Mark Zalewski
decided to reintroduce the brand in 2014. TNT Bicycles is back, and still
a family owned business.